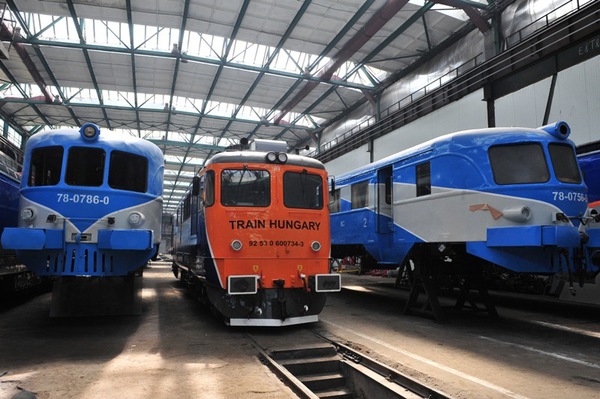 Caterpillar Inc., the largest engine manufacturer in the United States, and RELOC  have established a strategic partnership for the construction and development of new locomotives.

The two companies have collaborated on the development of a 1260 hp Diesel Hydraulic Locomotive, which was produced at RELOC. The unvailing event for the new locomotive took place in the presence of Caterpillar’s Allen Helton. The project of the new maneuver locomotive contains numerous technical innovations that have been developed together with US specialists through a close and long collaboration between RELOC S.A. and Caterpillar.

Allen Helton, Caterpillar’s manager, stressed that the project is important to the company he represents. “It’s a welcomed project for Caterpillar and RELOC. The locomotive engine is very reliable, efficient and environmentally friendly. It is a very important project for Caterpillar and is part of the revitalization of locomotive production in the area”, said the US manager, whose presence at the event confirms the quality of the partnership between the two companies.

“The locomotive is called Terra Nova and is part of Caterpillar’s first three projects. In fact, in Craiova, RELOC created a manufacturing line for these locomotives, which are designed for use on narrow-track gauge, medium gauge, to large railways. It is a versatile locomotive that can work anywhere in the world. It is a locomotive of the future that meets the conditions of the 3B pollutant emission stage that is not yet mandatory in the EU, “said Graţian Călin, President of Reloc SA & Electroputere VFU.